The Mobile Azalea Trail had its beginnings in 1929, when the Mobile Junior Chamber of Commerce undertook a project to encourage citizens of our community to plant azaleas along the Port City’s thoroughfares.  The blossom-lined streets became known as the Mobile Azalea Trail.  Each spring, from 1924 through 1948, local, state, national, and international dignitaries were invited to cut the ribbon to officially open the trail.  Local debutantes originally served as hostesses for this event.

By 1949, the four local high schools were asked to appoint two senior girls to serve on what was to become the first Azalea Trail Court.  Mary Edmunds of Murphy High School was selected to serve as Queen.

In 1951 the idea of the Azalea Trail Festival was born and for the next seven years the reigning Miss America served as Queen of the Azalea Trail.  Included among these Miss America’s were Mobile’s own Yolanda Betbeze in 1951, and Lee Meriwether, who later went on to success in the entertainment industry, in 1955.  During this time, neighboring Jaycee chapters were invited to send representatives to serve on the Azalea Trail Court.  The idea became so popular that soon each Jaycee chapter in Alabama, and some outside of the state, had a representative.  As some of the towns these girls represented were 300 miles away, gathering the full court was a very difficult task.

The time had obviously come to revise the program, and a decision was made that the Azalea Trail Court would be limited to 50 senior girls from Mobile County high schools, and so it has been for over thirty years.  A new program was started by the Mobile Jaycees for out-of -town girls only – thus was born America’s Junior Miss Program.  The Mobile Azalea Trail is honored to work closely with this organization.

In the years since its inception, Mobile’s Azalea Trail has become one of the South’s foremost tourist attractions.  The Azalea Trail Court, which is widely recognized as representing the finest in Southern charm and hospitality, has grown from a 10 member court who gathered for 3 days, to a 50 member court who represent Mobile year round at hundreds of civic events.  In addition, the girls are in nationwide demand, and have appeared at the internationally televised Rose Bowl Parade in Pasadena, California, the nationally televised Macy’s Thanksgiving Day Parade in New York City, Disney’s Easter Parade in Orlando, Florida, the Philadelphia Thanksgiving Day Parade, the Chicago Christmas Parade, the Indianapolis 500 Parade, the Presidential Inaugural Parade, and the 4th of July parade in Atlanta. 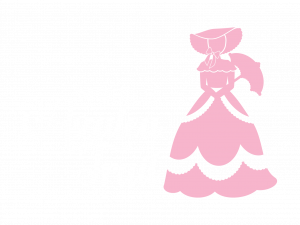 The Azalea Trail Court, which is widely recognized as representing the finest in Southern charm and hospitality, has grown from a 10-member court that gathered for 3 days, to a 50-member court that represents Mobile year-round at hundreds of civic events.

“…representing the finest in Southern charm.”